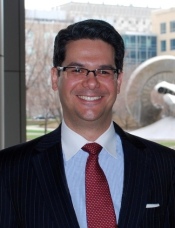 Professor Parra is the Faculty Adviser for the Steel Bridge Team at UW – Madison, and has advised the team since the 2013-2014 competition year. Previously he was faculty adviser for the University of Michigan Steel Bridge team and under this role the team competed with consistent national recognition, including a National Championship in 2003 with UW-Madison in 2nd place.

Professor Parra has received several professional awards, including the Wason Medal for Most Meritorious Paper and the Chester Paul Siess Award for Excellence in Structural Research from the American Concrete Institute (ACI), the Walter L. Huber Research Prize from the American Society of Civil Engineers (ASCE), the Shah Family Innovation Prize from the Earthquake Engineering Research Institute (EERI), and the ACI Young Member Award for Professional Achievement. Professor Parra is also a Fellowof the American Concrete Institute.